For those interested in deploying coupons or some other type of incentive in your Ottoneu leagues, we had a really great experience in @Brinksmanship this season. A good race up and down the standings, not just at the top.

Really intrigued by coupons. One of my leagues had a runaway leader from the end of May and the drop off in interest put a real dampener on the season.

Coupons seems like a great idea - especially in a $10 league where there’s only really first place to play for.

They take a bit more work to manage, but there are probably now enough “templates” out there in a few leagues to avoid having to reinvent the wheel.

I’ve seen several leagues this winter ask questions about “coupons”, and we just had a big discussion about how to apply them strategically in @Brinksmanship and their impact upon arbitration. For those interested in adding coupons to your league, you might find this discussion helpful (click to open): 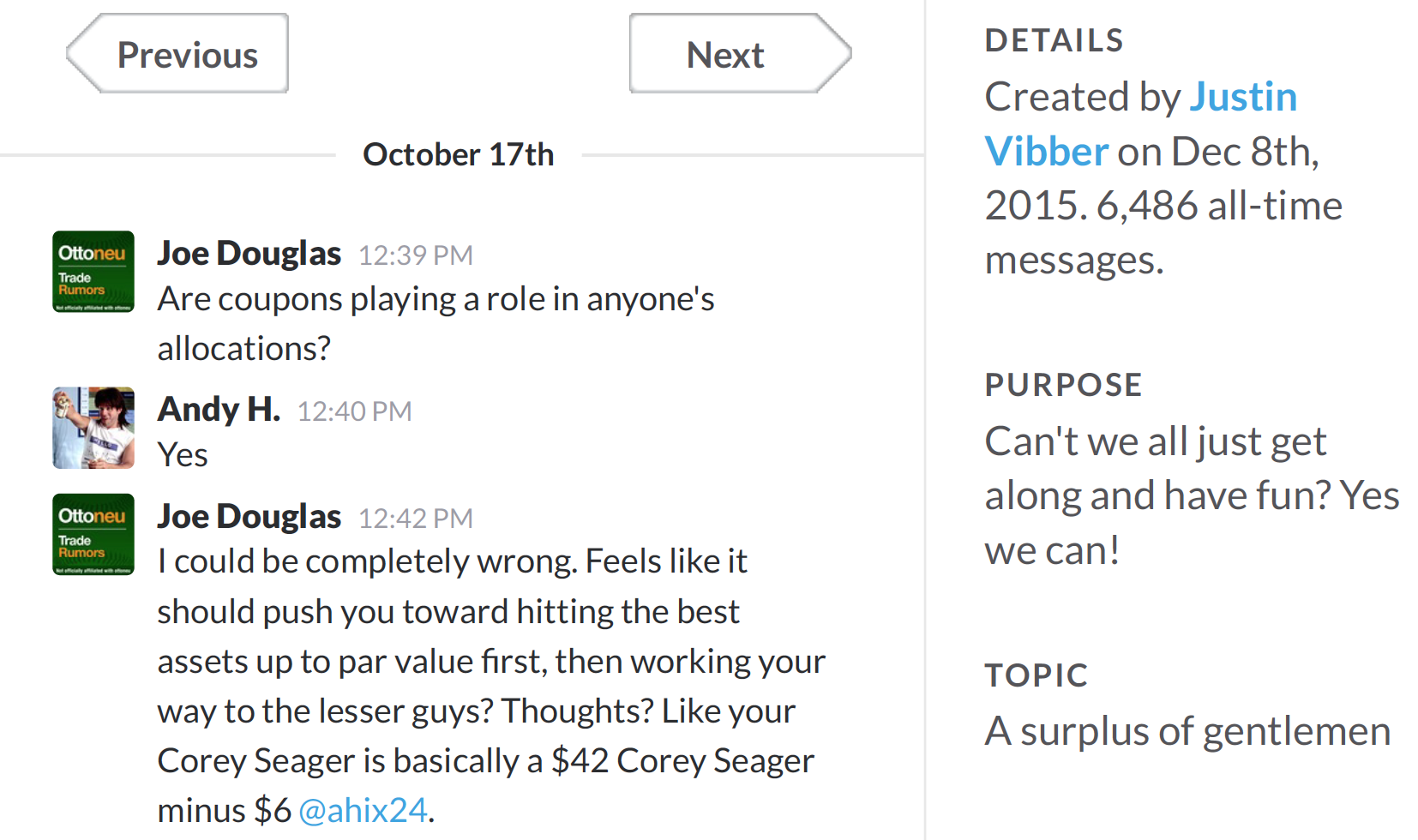 A plug for those considering adding various incentive structures to your league in 2018:

In @Brinksmanship (649) we have a tiered system of prize payouts ($), arbitration coupons, and MiLB draft positions that we designed hoping it would drive all owners (not just the best two or three teams that rise to the top) to play out the entire season with 100% effort.

We have some great owners in 649, but it’s clear the incentives are helping to make the economics of the league more fun, too. I’m a fan.

Can read more about these incentives here.