Petition for Ottoneu to adopt Goose Egg over saves and holds

It didn’t take long for us to be reminded of a crucial flaw in the way FanGraphs points (and really every Ottoneu format) values relief pitching. In fact, it took only the second game of the season for the reminder:

Scott Barlow entered the game tonight in the 8th inning, his Royals knotted with the Guardians at 1. He pitched the final two frames, throwing two scoreless innings while striking out three batters. The Royals rallied to win 3-1. And yet, Ottoneu tells me what Barlow did is somehow less valuable than if Barlow had entered into the game when his team already had a 3-1 lead.

No doubt other fantasy leagues get this balance wrong too. Wins as a stat is immensely flawed, something I do not need to explain to this group. However, the “goose egg,” as it has been termed, solves these problems. Essentially, if you come into a close game and allow no runs, a save, a hold, a win… those are all irrelevant and folded into the same term: “goose egg.”

This 538 article discusses it in-depth and makes a compelling argument for using such a stat. I suggest Ottoneu consider it. 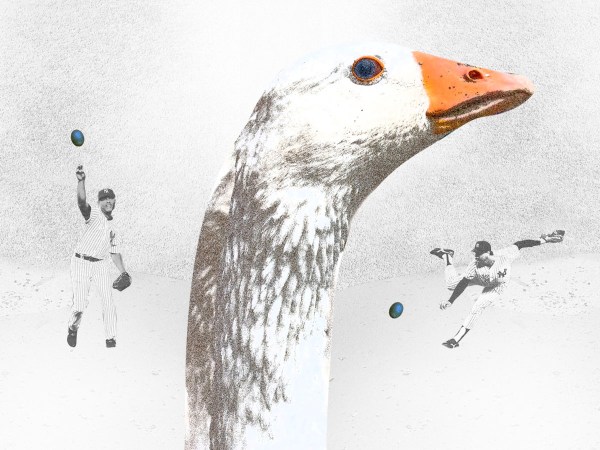 The Save Ruined Relief Pitching. The Goose Egg Can Fix It.

We designed a new stat and named it to honor (or troll) Goose Gossage.

It’s almost certainly not going to happen, so the conversation is pretty much academic. But I suppose that it’s fun fodder for a forum discussion. So in that spirit…

If one were going to tweak the points schedule to change RP stats, I’d actually go with positive points for Shutdowns and a penalty for Meltdowns. For anyone unfamiliar with the statistics: SD / MD | Sabermetrics Library

There’s a balance in game design between at least three objectives: fidelity to sabermetric analysis, game balance, and making sure the game is fun to play. The +5 for saves and +4 for holds accomplishes some of those objectives better than others. I don’t know that Shutdown/Meltdown (or Goose Eggs) would be better on net; it would just be a different set of tradeoffs. Also, I seem to remember that Niv once said he considered SD/MD over a decade ago but decided to go with the more straight forward Saves and Holds.

I somewhat agree with the implication that Saves and Holds are more “fun” because they factor in the game context and whatnot. However, considering Ottoneu so strongly eschews such things on the batting side by completely ignoring runs and RBIs, for example, it seems weird that such context-dependent stats as saves and holds are still heralded as being good enough.

It’s less that I have an opinion on what is preferred and more that I think the treatment of the various stats is completely inconsistent.