Picking up a player cost me position spots

I started an auction for Garrison Mathews with the intent to pick him up and immediately cut him to relieve his cap hit. Once he hit my roster, he was slotted into two G/F positions for Monday and Wednesday, instead of being slotted to the bench. Have I lost those games for the week, or is this a bug?

The matchups page also shows him on the bench for Monday and Wednesday, so I’m wondering what put Mathews into G/F slots for the weekly view. 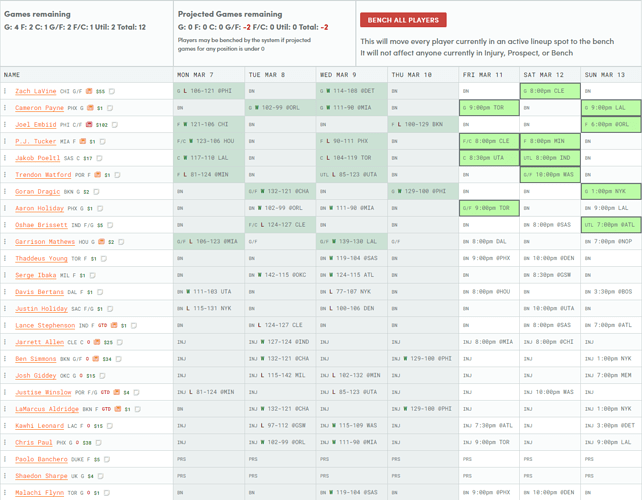 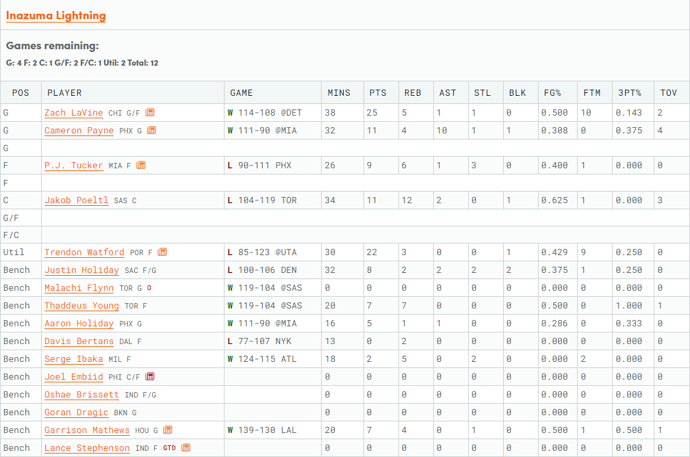 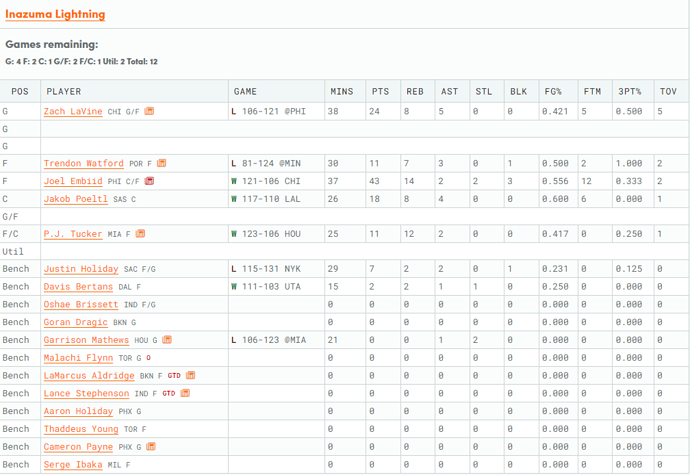 Seems like a bug to me. Could you link your league or team here?

And I think this should link to my team’s lineup editor: Ottoneu Fantasy Basketball - Schedule Lineup (fangraphs.com)

Alright I’m investigating. This seems to be a bug with projected games remaining speciifcally.

Alright, this was a bug! And is now fixed. @pbundac gets a Bug Catcher badge.

Did you cut or add anyone this week?

Looks good now though. Might’ve just been me.

Not sure if it’s related, but sounds similar to something I’ve noticed which is when a player is locked in a lineup spot (5 minutes before the game), but hasn’t gotten a minute yet, they’re removed from the projected games. So, I’ll have 0 in the projected games remaining for say guard, and then if Jrue Holiday’s game is close to starting I’ll go up to 1, until he gets a minute recorded, and then I’ll go back to 0. Hope this explanation makes sense!!