How do in-season 48-hour auctions work?

Rookie question. In an in-season auction for a new player to be picked up, why is there a rule that reduces the actual price to one dollar above the second place bid? One strategy would be to bid $50 for any new player as soon as someone else bids $1. This would guarantee that one could acquire a good new player for $2. How do leagues prevent this?

Everyone puts in their max bid. No one can see what others bid. Then when the auction deadline hits, all the bids are revealed. So you don’t get to see someone bid a $1, then bid $50 and pay $2 as you’ve outlined. Whoever bid the most when auction expires and bids are revealed will pay $1 more than the the second highest bid. Ties where two people bid the same max go to the lowest in the standings. Hope that clears it up.

Thanks, The secrecy is the key. One has to guess what others might bid. I still don’t understand why the winning bid is reduced.

The bidding is a Vickrey auction:

A Vickrey auction is a type of sealed-bid auction. Bidders submit written bids without knowing the bid of the other people in the auction. The highest bidder wins but the price paid is the second-highest bid. This type of auction is strategically similar to an English auction and gives bidders an incentive to bid their true value. The auction was first described academically by Columbia University professor William Vickrey in 1961 though it had been used by stamp collectors since 1893. In 1 Vickr...

We talked about it on the OttobotPod Live show: 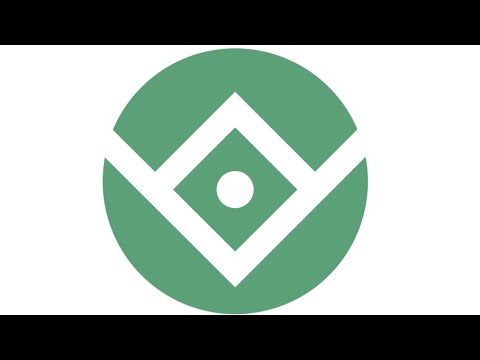 Simply put, it recreates the behavior of a live auction. You can read more about the theory or watch the live show for the conversation about it.

When I took the first year comprehensive exams in a PhD Economics program about ten years ago, one of the game theory questions was to mathematically prove that a Vickrey auction was more efficient than a sealed first price auction. The Wiki article that Niv linked to provides a pretty good outline of what that formal proof looks like. Here’s some wonky-added flavor:

From a normative perspective, one design principle is that you want an auction mechanism that is Pareto efficient (that is, you can’t make anyone better off without making someone else worse off). Economists generally prefer Pareto efficient outcomes because the social objective function is to maximize utility subject to some cost constraint. In the case of the Vickrey auction, holding bidders to the full price is not Pareto efficient because it deprives them of something greater than the minimum price needed to secure the asset. Since the loser(s) (and non-bidders) in an auction won’t have the player, it’s not Pareto efficient to increase the cost of the player for the winner beyond the minimum needed for them to win the auction.

Besides Pareto efficiency, another design principle that you want from a mechanism design perspective is an auction system that induces truthful bidding. The Wiki article contains the outline of a proof of that as well (it’s relatively trivial to show). The basic idea is that a rational fantasy manager will place a bid only up to his maximum value for a player, otherwise they receives disutility from the acquisition.

So what about an instance where someone bids $20 for a player that they only value at $15 to drive up the price for another owner? That behavior is actually consistent with expected utility theory when you consider that that fantasy manager can gain utility by depriving other owners of the opportunity to acquire the player more cheaply. That’s not to say that there aren’t irrational bids in Ottoneu auctions (this would also be true in the case of first price auctions). But due to the fact that Ottoneu is a closed economic system, your team can essentially gain from another’s misfortune (especially in the roto leaues) and so that should be incorporated into your player valuations.

Trying to “gain from another’s misfortune” is how I ended up filling half my roster spots last season!

Is there a way to see what the current highest bid is on a player that has been nominated? So far most of the nominated players in our league have gone for 1 dollar, so I can’t tell if someone bids 2 dollars, if that shows up somewhere, or if these are blind auction bids?

All the bids are blind and the winner is determined using the Vickrey auction method written about above.

A post was split to a new topic: Why are in-season auctions 48 hours?

Wow, I just found out that in-season auctions are blind auctions! Wish this were stated in the Ottoneu rules.

I’ll add references to Vickrey auction and blind bidding to the rules page.

Thanks. Also, maybe I don’t understand the term “cap penalty.” What does this mean to me, if I have to cut a player to get my team back to “legal” status?

How do in-season adds and cuts work? Ottoneu Basics

3 questions. For all of them, assume the team left the auction with 40 players and $400 spent: can you bid on auction free agents? if you trade a $1 player for a $10 player, now your team salary is $391. Does that team now have $9 to bid on auction free agents? if you do that same trade above, but are the other team, is it ok that you are now above $400 team salary? How far above $400 can you go? Are there any consequences?