What does the trophy case display?

Niv – Am I imagining things or did there used to be trophies for second and third place? I thought there was a silver trophy for second and a darker bronze one for third. I care about this last year because I had an epic collapse out of first place on the last day of season.

End of the 2022 baseball season megathread

Saturday, 10/15: Arbitration opens up. The season rolls over to 2023, which means position eligibilities for 2023 will be reflected on the site and trophies will be added to team trophy cases.

Yeah, but are there only trophies for first place? I had thought at one time there were also trophies for teams that finished second and third, too, but I don’t see that anymore looking at past years, so I’m wondering if I was just imagining it.

There are trophies for top three.

For league 652, when I look at all the team roster pages, I only see trophies for first place, not for the top three. For example, the team Coastal Empire came in first this year but second last year (and first several other times) and I only see his first place trophies. My team, Scarlet Begonias came in second in 2018, but no silver trophy on my team page from then: 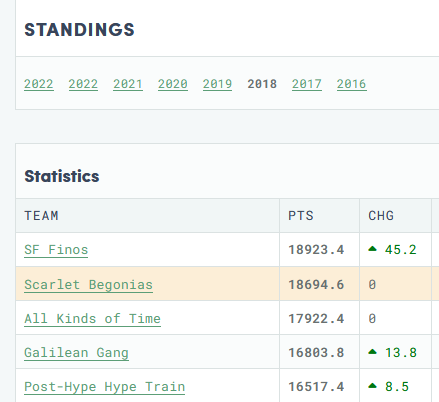 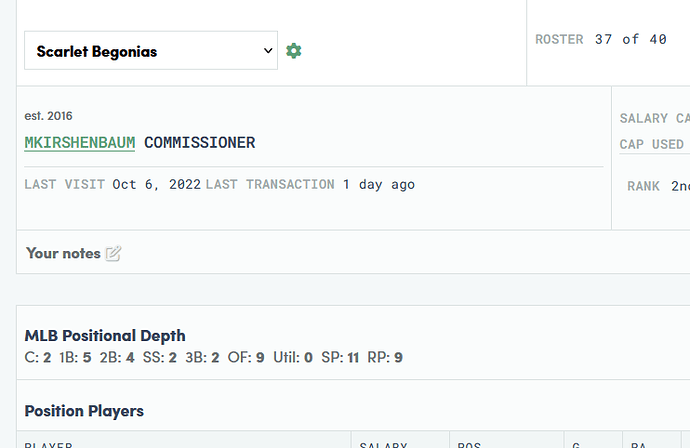 I didn’t understand the question earlier, but the trophy case for baseball has a flags fly forever energy to it and only shows titles, not 2nd or 3rd place. During the off-season the standings will show silver and bronze trophies, but those will go away once the next regular season begins.

Here is a wishlist item that may be relevant to your interests:

Silver and Bronze trophies should be added to the team page, similar to league champions

I should note that in football and basketball, there are silver and bronze trophies in the trophy case.