The “Happy Graduation” badge is awarded to owners who have completed their very first full season of Ottoneu baseball or football. Congrats!

To earn this badge, you must request it by posting notification of your first season and a short comment on your experience.

You can only earn this badge one time.

You can view a list of all potential badges here. 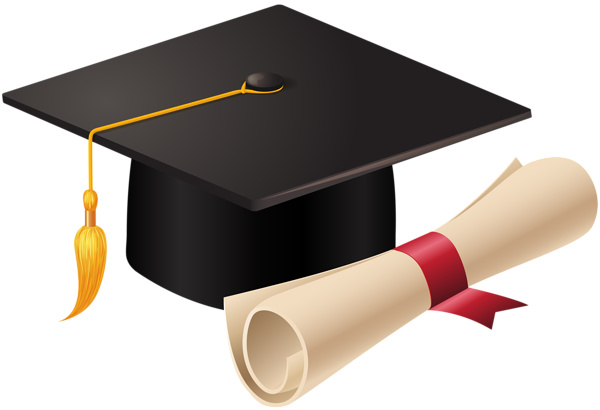 1 Like
How should I explain this league to people I want to play with?
Changes to new leagues, including expanded draft windows
aurelebp October 5, 2017, 3:33pm #2

Came here for the immersion and the dynasty. I was not disappointed. I learned more about prospects over the past year than I did about my job!

Came here for the immersion and the dynasty. I was not disappointed. I learned more about prospects over the past year than I did about my job!

This is great - congratulations on your first season.

This is my first Ottoneu season. I heard about Ottoneu through Garion Thorne on youtube while researching for my Yahoo draft. Desiring a more immersive and competitive fantasy experience than my buddy Yahoo league which I have been in for the last ten years, I took a chance and took on two abandon teams this year…

I am an Oakland A’s fan and decided to go the moneyball route and field both my teams for under 200$ each. It was a personal challenge to try to find value beyond the stars and well known fantasy contributors. I learned alot and rebuilding from scratch in well established leagues is no small task but in the process I found the greatest fantasy baseball community and format in the world. So I am greatful to be here and very appreciative of all the work Niv and the team have put into this. I cant wait for next season as I continue my rebuild experiment as well as getting to do my first real full draft for the amazing new Ottoneu Dynasty prospect league run by Trey. I love it.

This is awesome. Congrats on your first season @CarneMasada

Took over my first team (https://ottoneu.fangraphs.com/26/team?team=54) last December and it was awesome from beginning to end. So much fun trading, tinkering, learning about prospects, etc. My last place team had no hope of competing in 2017 against two juggernauts coming off 20K seasosn, so I focused on building for 2018 by betting on young players like Bellinger, Conforto, and Hoskins who payed off in 2017 with a 4th place finish. Looking forward to better things next year and beyond from other young guys like Moncada, Gleyber Torres and Vlad, Jr. Even older guys (I’m 49) can enjoy Ottoneu. I was having so much fun I convinced my son to play and he was in 2 leagues this year (including the same one as me).

This is awesome! I Love it!

I finished my 1st season in 4th place. I enjoyed being engaged every day of the baseball season, including spring training. Looking forward to the offseason and the strategy that comes with it.

Tough to beat a father/son combo in Ottoneu. Congrats on your first season. Sounds like you have a roster to look forward to for several years.

This is the greatest thread. So happy to hear about all of you enjoying this game.

I loved – and am still loving – my first year in Ottoneu, for some different reasons that those mentioned above. I have played on various platforms for about ten years. My home league uses three keepers per year and doesn’t allow off-season trades. I was looking for a format that would give me a reason to learn about prospects and a way to stay active year-round. Thanks to the exposure on FanGraphs, I learned that Ottoneu had what I was seeking.

I joined a first-year league. I prepared like crazy for the draft, but still made some dumb mistakes. By late May, I was in last place and concluded that I had no chance to compete this year. I transitioned to play-for-the-future mode, and that’s when things got really fun. When I heard about an exciting prospect on the rise, I grabbed him. (Hi Acuna! Hi Hoskins!) When others were still reeling from MadBum’s injury, I traded for him. Every time a good player went on the 60-day DL, I saw an opportunity to grab cheap talent. I kept a close eye on auctions, price-enforcing so my opponents wouldn’t get the benefit of bargains next year and beyond. I was playing a different kind of game than my league-mates, but it was fun. I finished in 11th place, but this was my favorite league.

Now, I’m looking forward to the strategy of arbitration and the thrill of winter trade season. I appreciate that the game is structured in a way that enables quick rebuilds, so one bad draft doesn’t doom me to many years at the bottom of the standings.

Some things I love about Ottoneu that I did not know about in advance include @nivshah’s accessibility and the lively discussion on Slack and here. It’s amazing that a user can request a feature (e.g. PPG/PPI displayed on Lineups) and see it implemented within days. That would be inconceivable on any other platform I’ve ever seen. I love it that I can ask “what do you think about Jon Gray?” on Slack, and get thoughtful input from a dozen smart fantasy players almost immediately.

You guys have built something really great. Thank you!

My first year in Ottoneu was great.

I picked up a team in 480 prior to the cut deadline. It’s interesting picking up a team that doesn’t quite fit your vision because it gives you a different perspective right out of the gate, which is ultimately quite helpful. The team was a semi-rebuild and I made a run for the title in the first half, but a couple of key injuries derailed a legitimate push, and I sold off my key players for cap friendly pieces, grabbed some prospects ,and settled for 4th place, and a more realistic chance for the '18 championship. My only true regret in 480 is dropping Hoskins, who I drafted for $1!

I also joined a first-year league, 761. This league was a lot of fun. The other managers are a bunch of good dudes, and we had a lively Slack thread. It was highly entertaining to build a team to fit your personal vision from scratch, and continue to implement your strategy throughout the season. I went all out on batting (78% budget) and the gamble paid off. The offense caught fire in September, slugged 421 dingers overall, and pitching BABIP moved to the mean, which allowed me to pull away from a close race in the last two weeks. Overall, we had a very competitive league, and it was fun to watch the other managers’ prowess grow as the season went on.

Thanks for running such a tight-knit and comprehensive fantasy format!

Great to see this kind of activity level in your first year - even if you didn’t win, you probably did more to hone your skills (waivers, prospects, etc.) for future years than running away with a title might have done. Congrats!

First season in the books! Started almost a year ago picking up an inactive team and have had a blast. I think I can count 13 trades so far, which has got to be the most in my league. Nice thing is i think I’d do them all again! Going for the soft rebuild so looking to have a window the next year or two. Think I’ve got the prospects to stick around for a while!
https://ottoneu.fangraphs.com/461/team?team=3443

Had such a great experience playing Ottoneu for the first time this season! After my first draft, I was hooked, and immediately got a second team. 6 months later, and I have my first two Ottoneu championships under my belt. Looking forward to my first offseason and defending my titles next year!

Wow, congrats on a great first season. It’s always interesting to see so many owners take on multiple teams. This seems to be a good trend.

This was my first year, loved the game

@LuckyStrikes I completed by first full season in 2016 but just saw this badge. I posted that year standings link below. Ottoneu is the best fantasy baseball site ever. I seriously cannot get enough of it. Niv is awesome with his timely responses and help as are all the guys on slack, etc. Great work.